For the first time ever, more new electric bicycles have been bought than normal city bicycles. Sales of e-bikes increased by more than 40 percent in 2018. The relatively expensive electric bicycles drive the turnover of the bicycle sector. Last year, a record turnover of 1.22 billion was achieved, the Bovag and RAI Association report.

Bicycle sales are increasing due to favorable conditions

Bicycle sales benefited last year from the booming economy and the long hot summer. It is the first time in four years that the number of bicycles sold has again exceeded a million. The average selling price of a new bicycle in 2017 was 734 euros, thanks to the more expensive electric bicycle, it rose to 1,207 euros.

The popularity of the e-bike comes at the expense of the city bike, the city bike. It is no longer the most sold bicycle type. The share of city bikes sold fell from 42 to 34 percent. 40 percent of all new bicycles now have an electric motor.

The Netherlands is a cycling country, the only country in the world with more bicycles than inhabitants. There are an estimated 23.8 million bicycles, which equates to an average of 1.3 bicycles per inhabitant. There are now 2.3 million electric bicycles on the road. Every year we travel about 15.5 billion kilometers.

Almost half of new bicycles sold are electric 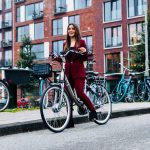 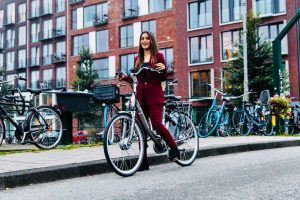 Almost half of new bicycles sold are electric